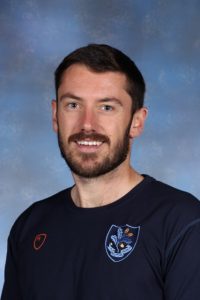 Mr Phillips joins us from Forest School in London where he has been for seven years. In this time he has been a teacher of Physical Education and Games and most recently he has spent four years as a Housemaster.

Prior to teaching, Mr Phillips attended university in Cardiff and gained his teaching qualification from the University of East London.

Growing up as an all round sportsman, Mr Phillips played county level Cricket and represented Wales on the track over 800m, he also played club level Rugby and numerous other sports. Mr Phillips continues to play cricket and golf as well as running and generally enjoying the outdoors.

Mr Phillips’ educational philosophy is to ensure all pupils are in an environment which makes them happy and sets them up to be successful in whatever they choose to pursue.

This website uses cookies to improve your experience while you navigate through the website. Out of these, the cookies that are categorized as necessary are stored on your browser as they are essential for the working of basic functionalities of the website. We also use third-party cookies that help us analyze and understand how you use this website. These cookies will be stored in your browser only with your consent. You also have the option to opt-out of these cookies. But opting out of some of these cookies may affect your browsing experience.
Necessary Always Enabled

Performance cookies are used to understand and analyze the key performance indexes of the website which helps in delivering a better user experience for the visitors.

Analytical cookies are used to understand how visitors interact with the website. These cookies help provide information on metrics the number of visitors, bounce rate, traffic source, etc.

Advertisement cookies are used to provide visitors with relevant ads and marketing campaigns. These cookies track visitors across websites and collect information to provide customized ads.

Other uncategorized cookies are those that are being analyzed and have not been classified into a category as yet.