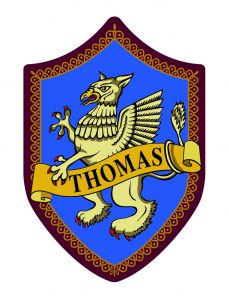 Thomas House is named after Brian Llewellyn Thomas, who was Bredon’s first Director of Studies when Bredon opened in 1962. Mr Thomas had been in Lt-Col Sharp’s regiment and served alongside him in Malaya (now Malaysia) but had left the army several years before and gone into teaching. As L-Col Sharp approached retirement, Thomas became Headmaster of Bredon School in the autumn of 1977. 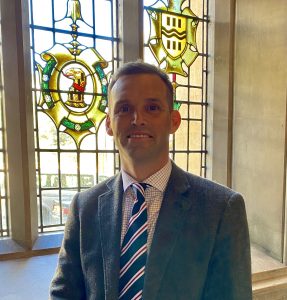 Mr Richardson joins us from Sedbergh School where he has been working as Teacher & Lead Internal verifier of BTEC Sport & Exercise Science and Geography, Master in Charge of the Wilson Run/Athletics & Rugby, GTP Mentor and House Tutor.

A keen sportsman, Mr Richardson enjoys running and cycling and has completed a Bob Graham Round and fifteen Three Peaks races plus coast-to-coast cycles. He has also been very involved with team sports such as football and rugby, and has played these to a semi-professional level as well as coaching others in various sports.

Mr Richardson has a passion for public speaking and has presented several times at the Kendal Mountain Film Festival. This has led to commentating opportunities for the British Fell Running Championships and other races.

Mr Richardson loves the outdoors and enjoys a variety of activities with his young family, such as fishing, walking, climbing and mountain biking.