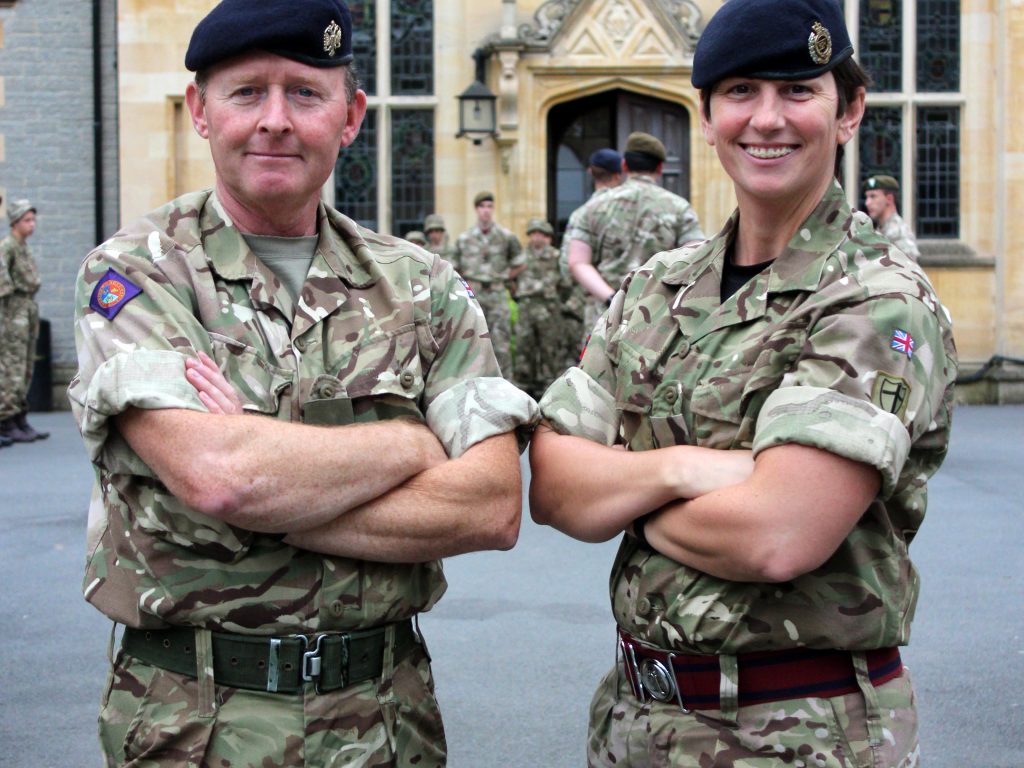 The Combined Cadet Force (CCF) at Bredon School has been further strengthened this academic year, with the appointment of the School’s first School Staff Instructor, WO2 (SSM) Brian Lloyd and the formation of Bredon’s own unit.

Mr Lloyd started his career in the Army in 1981 and joined the 1st The Queens Dragoon Guard Regiment as a Trooper in its Recce Squadron. His career has seen deployments to Beirut, Germany, Saudi Arabia, Canada, Bosnia, Kosovo and Scotland. Through his career he spent months away freefall parachuting and driving a two man bobsleigh for the Army, as well as playing Hockey for his Regiment.

A Cadet himself at school (where he rose to the rank of Cadet S/Sgt), Mr Lloyd passionately believes in the opportunities CCF presents for pupils. “Becoming a Cadet within the Combined Cadet Force can often be a life-changing experience” he said. “Our Cadets have the opportunity to take part in a vast range of military-themed activities, developing leadership qualities, courage, discipline, respect for others, integrity, loyalty and selfless commitment – the positive impact on a young person’s life going forwards can be huge and I am delighted to be a part of this at Bredon School.”

From Year 9 upwards, every pupil at Bredon School is given the opportunity to be part of the School’s CCF. There are currently 67 cadets which means that almost half of all eligible Bredon pupils, now take part.

A Ministry of Defence sponsored youth organisation, the CCF aims to ‘give young people the life skills and self-confidence to take charge of their lives so they can reach their full potential at school and beyond… pupils may develop powers of leadership by means of training to promote the qualities of responsibility, self-reliance, resourcefulness, endurance and perseverance.’ Each CCF is formed of sections from one or more of the Royal Navy, Royal Marines, Army or the Royal Air Force.

Bredon School Cadets take part in weekly training (Tuesday and Friday afternoons) when they undertake a range of activities and drills including:

Bredon Cadets also have the opportunity to experience regular adventure training weekends and camps throughout the year to Army bases around the UK.

With further initiatives planned for CCF at Bredon, this academic year is going to be an exciting one for our Cadets and the history of Bredon School.